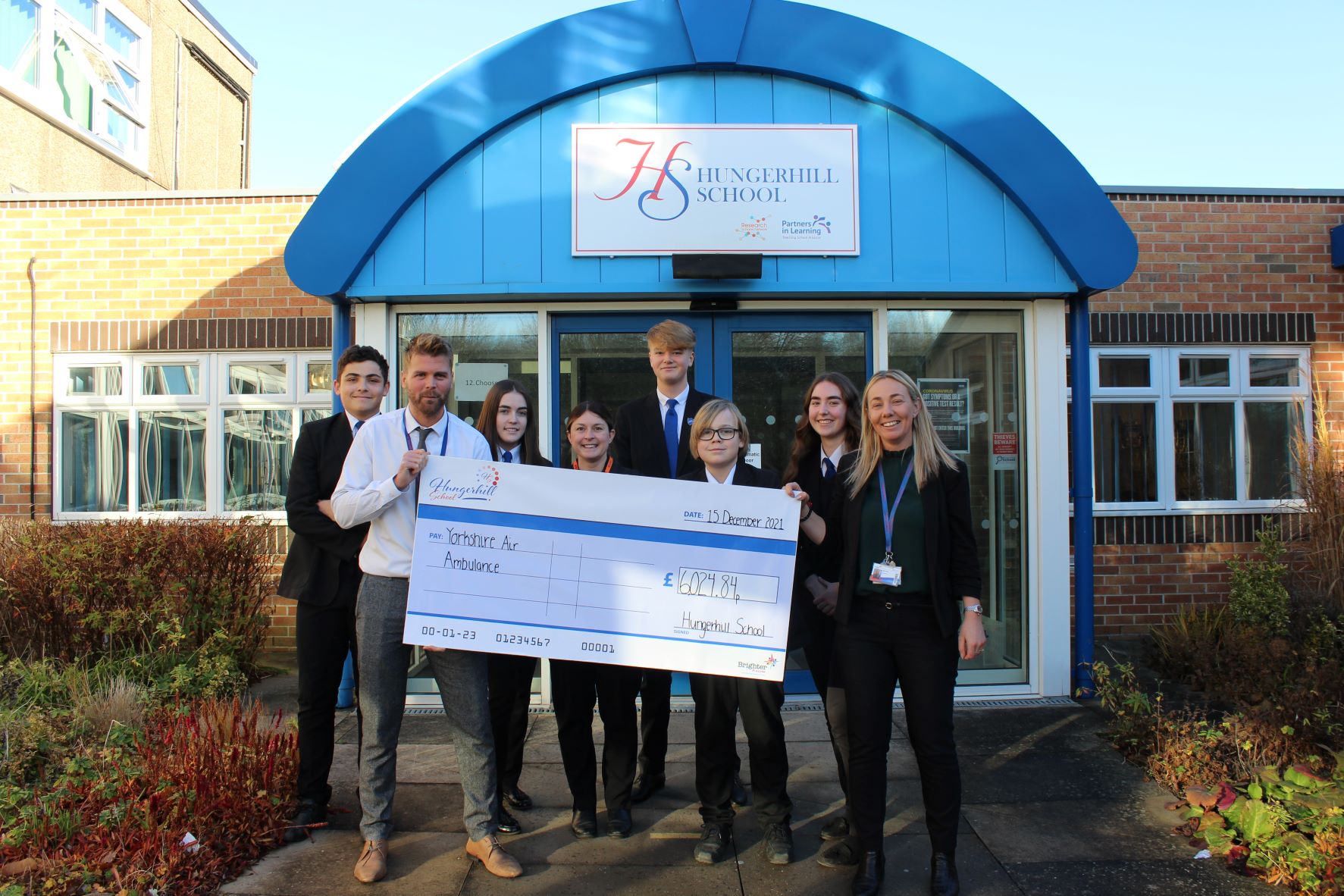 Fundraising is an integral part of the Hungerhill school ethos and our students relish the opportunity to raise money for a range of charities.

The aim this academic year is for each year group to raise at least £2000 for their charity. Each form group will host one fundraising event per term. There will be a variety of events from penalty shootouts to bake sales. Our Year 11 student leaders will support form groups in hosting the events throughout the year.

The money raised will be going to the following charities:

During spring term all form groups from Y7-11 will be hosting a fundraising event to raise money for their year groups chosen charity. Events such as, penalty shoutouts, bake sales, drinks sales, guess the sweets in a jar and tombola’s will take place and be open to all students.  Our Y11 student leaders will be assisting in the running of all fundraising events. All the fundraising from each year group will then be collated and added to each year groups fundraising tracker.

All three Year 11 student leadership groups came together on Friday 10th December to run a Christmas Fayre. The Fayre was run for all year groups to attend over a 2-hour lunch period to raise money for the Yorkshire Air Ambulance Service, along with students paying £1 for wearing Christmas jumpers on the day. The students did an amazing job raising £730. This was added to our overall fundraising total for the YAA, allowing us to reach our target of £6000! On Wednesday 15th December Mrs Pond and our student leaders handed over a cheque for £6024 to a representative of the YAA. 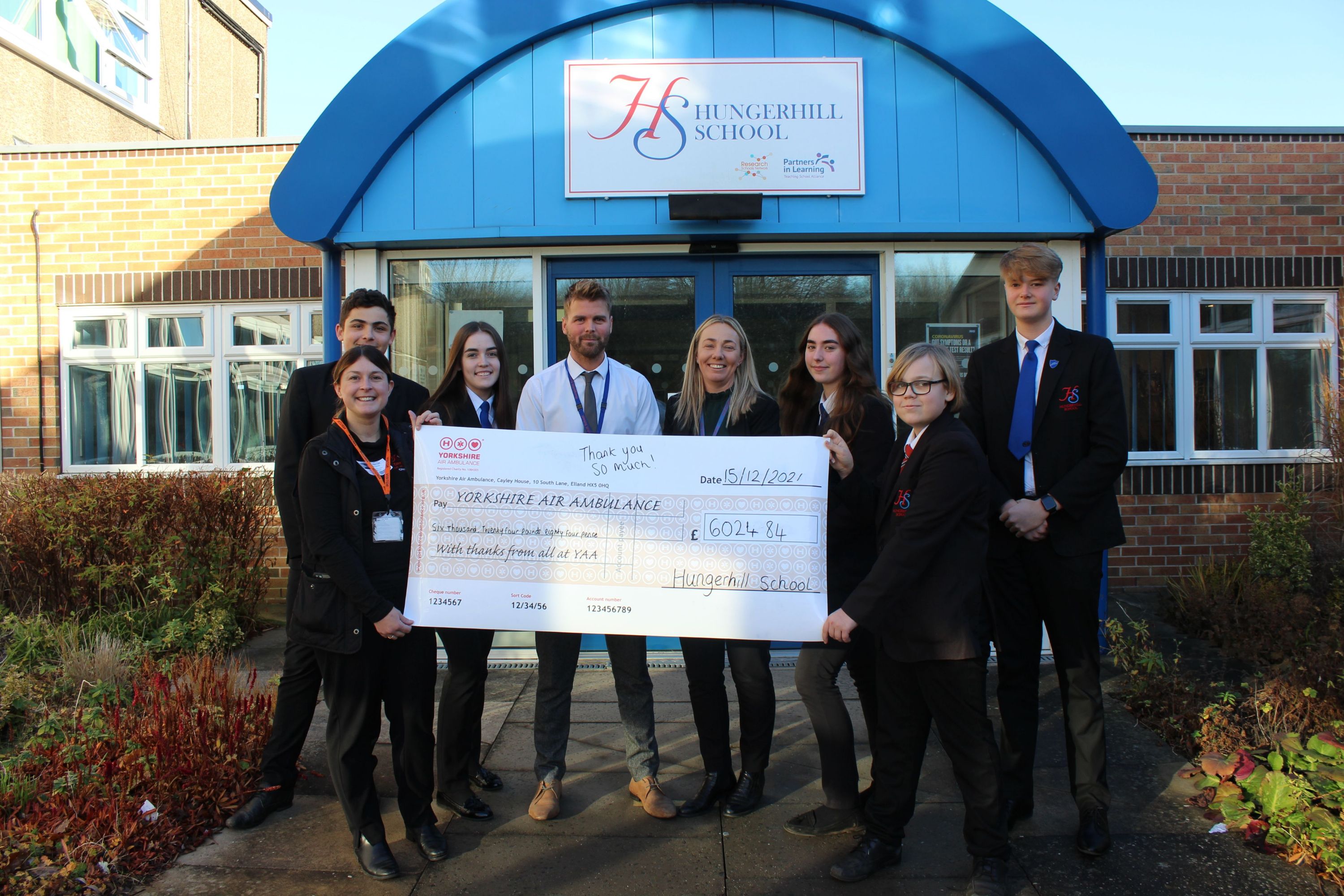 The Year 7 inter-form competition in half-term 2 was our annual Christmas Hamper competition. Each from group designed and created their own Christmas themed hamper and the food contents were donated to the Trussell trust.

The Year 8-10 interform competition in half-term 2 was the Christmas shoebox appeal. Students worked in their form groups to put together shoeboxes containing sweets, warm clothing items, stationary and toiletries to give to young children less fortunate than themselves. This year we donated a staggering 124 shoeboxes to the Samaritans Purse charity. 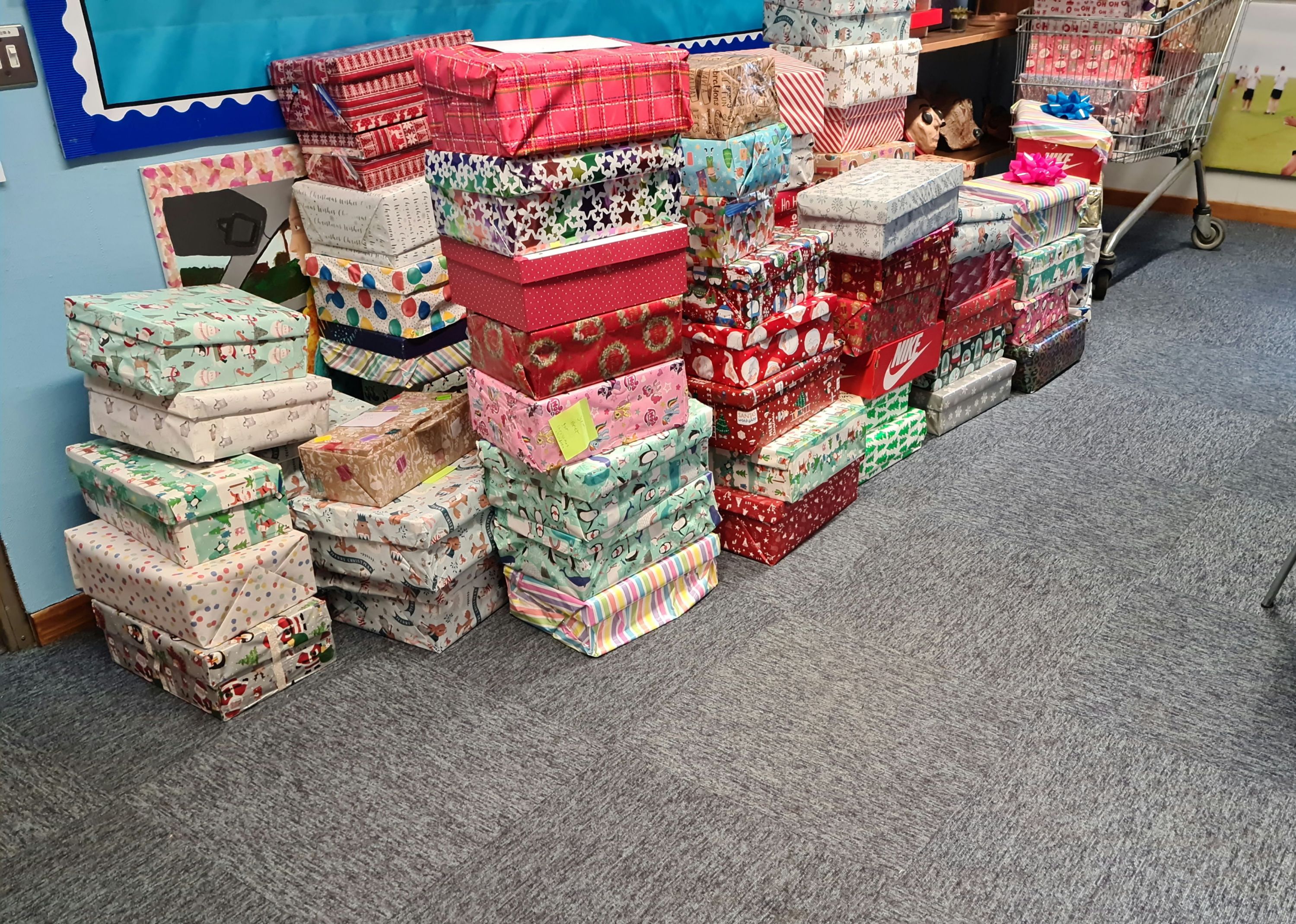 On Wednesday 9th February Mrs Laidlaw and a group of our Year 11 student leaders presented Doncaster Mind with a cheque for £284. The money was raised by the student leaders holding bake sales and wet sponge throwing at teachers. 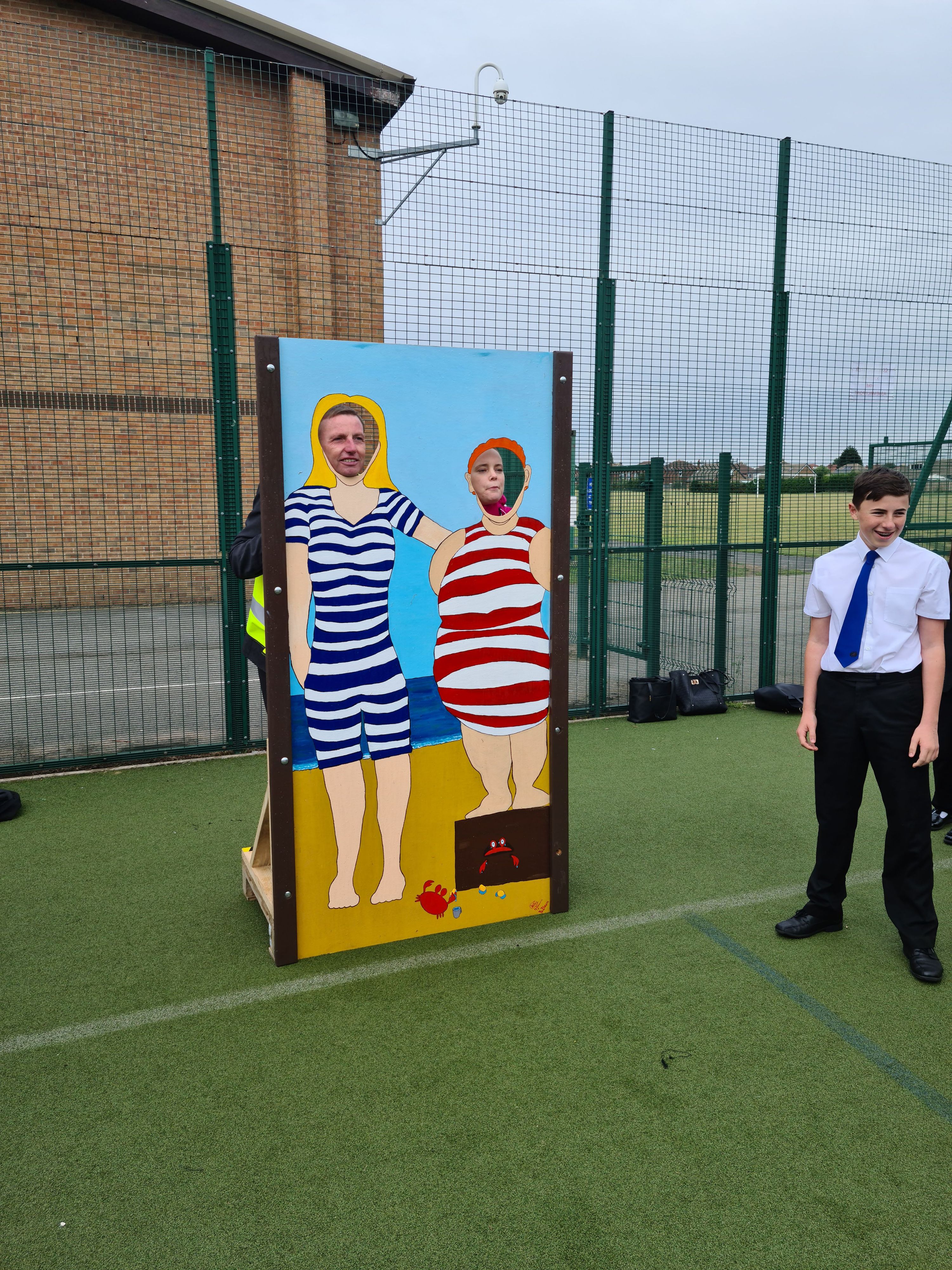 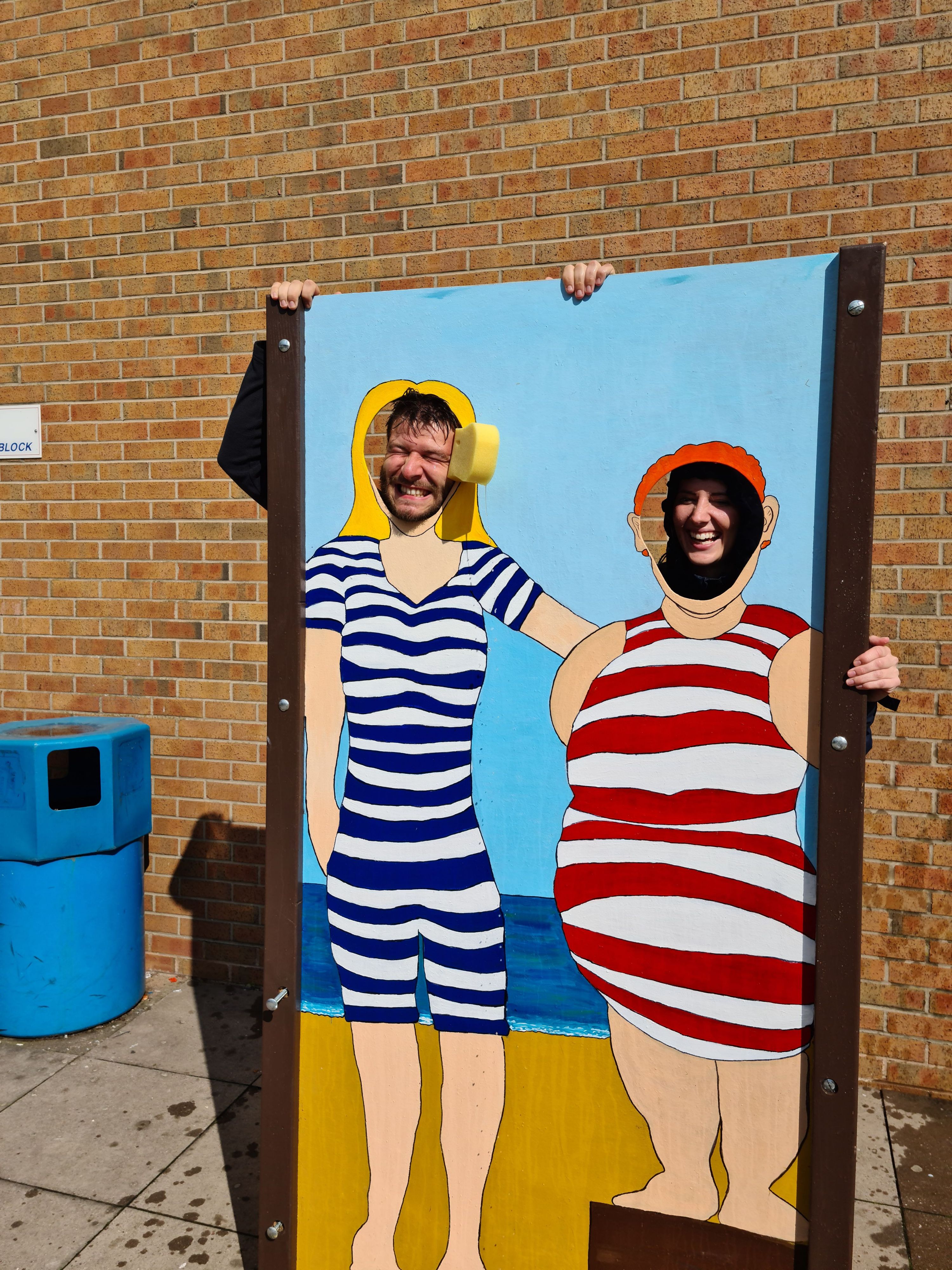 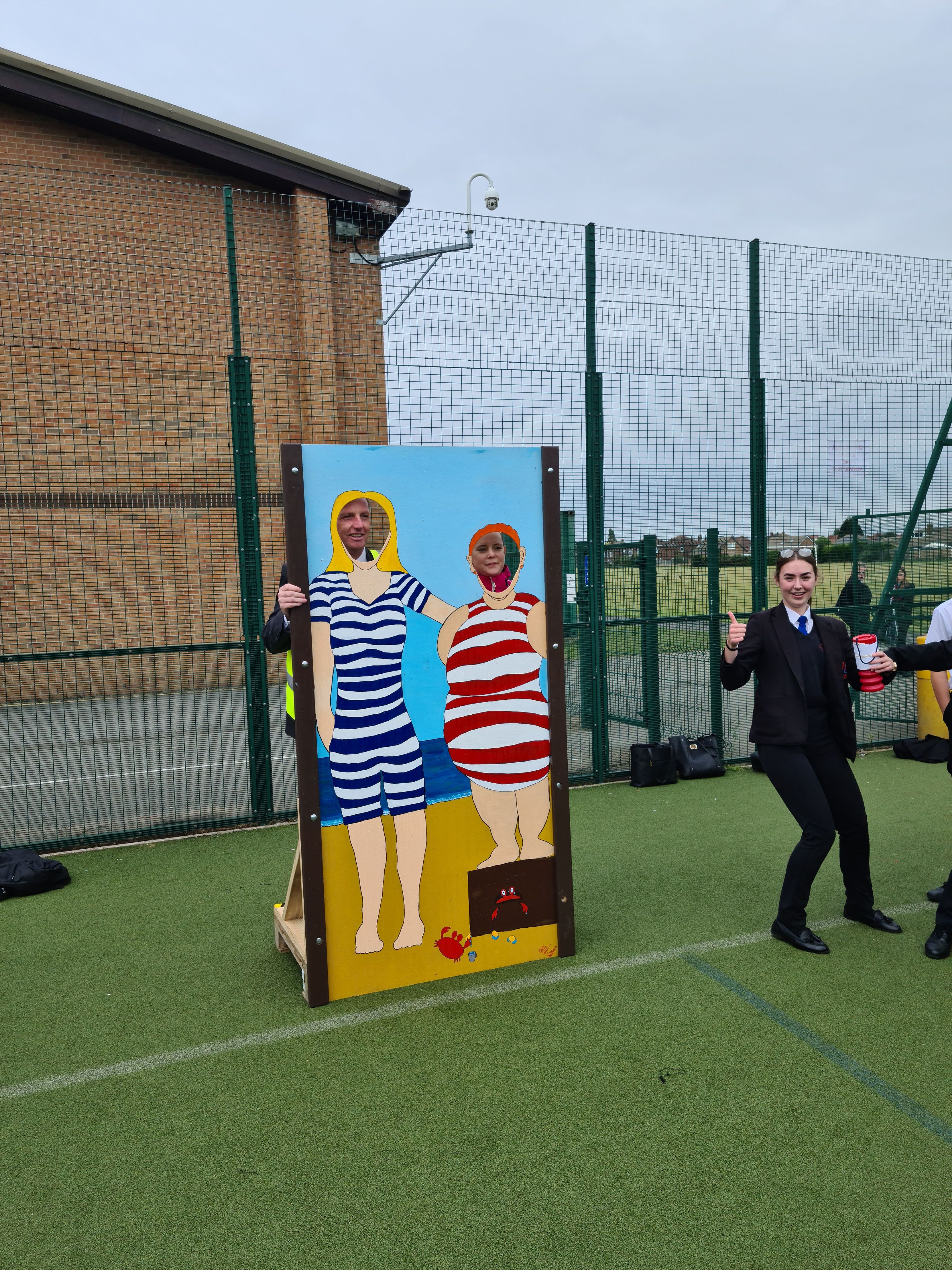 All form groups in Year 7-10 have had the opportunity over half-term 4 to take part in an inter-form fundraising challenge to raise money for the Teenage Cancer Trust. Each form group hosted their own event from bake sales to penalty shootout competitions. 7H hosted a number of events and raised a staggering £566. 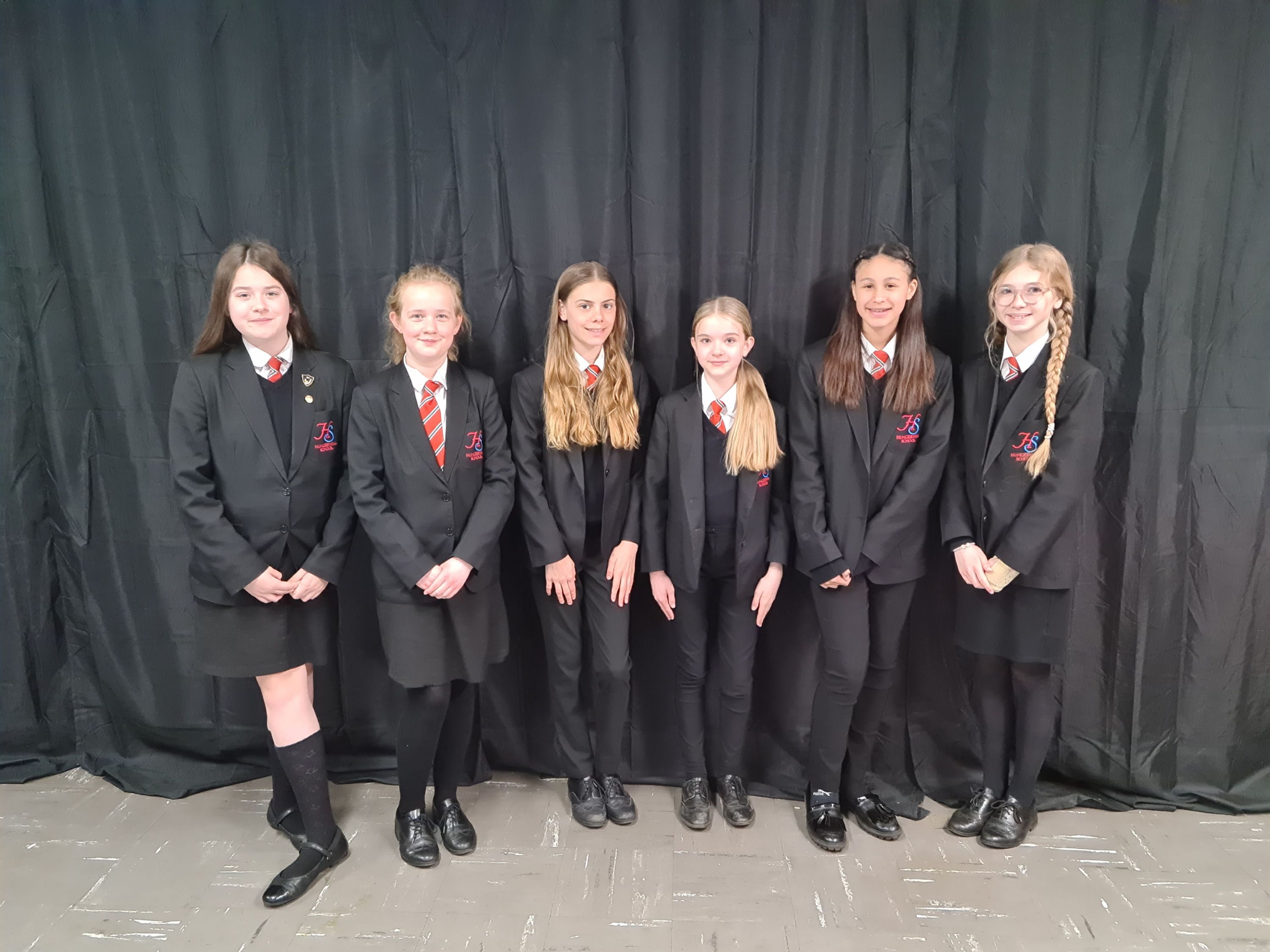 Our Year 11 charity and enrichment group have been helping raise money for the Eves Merton’s Trust. The group assisted Mr Parry with selling tickets for the annual charity football match the charity hosts. On Friday 29th April they held a lunchtime ice cream sale which raised over £600. 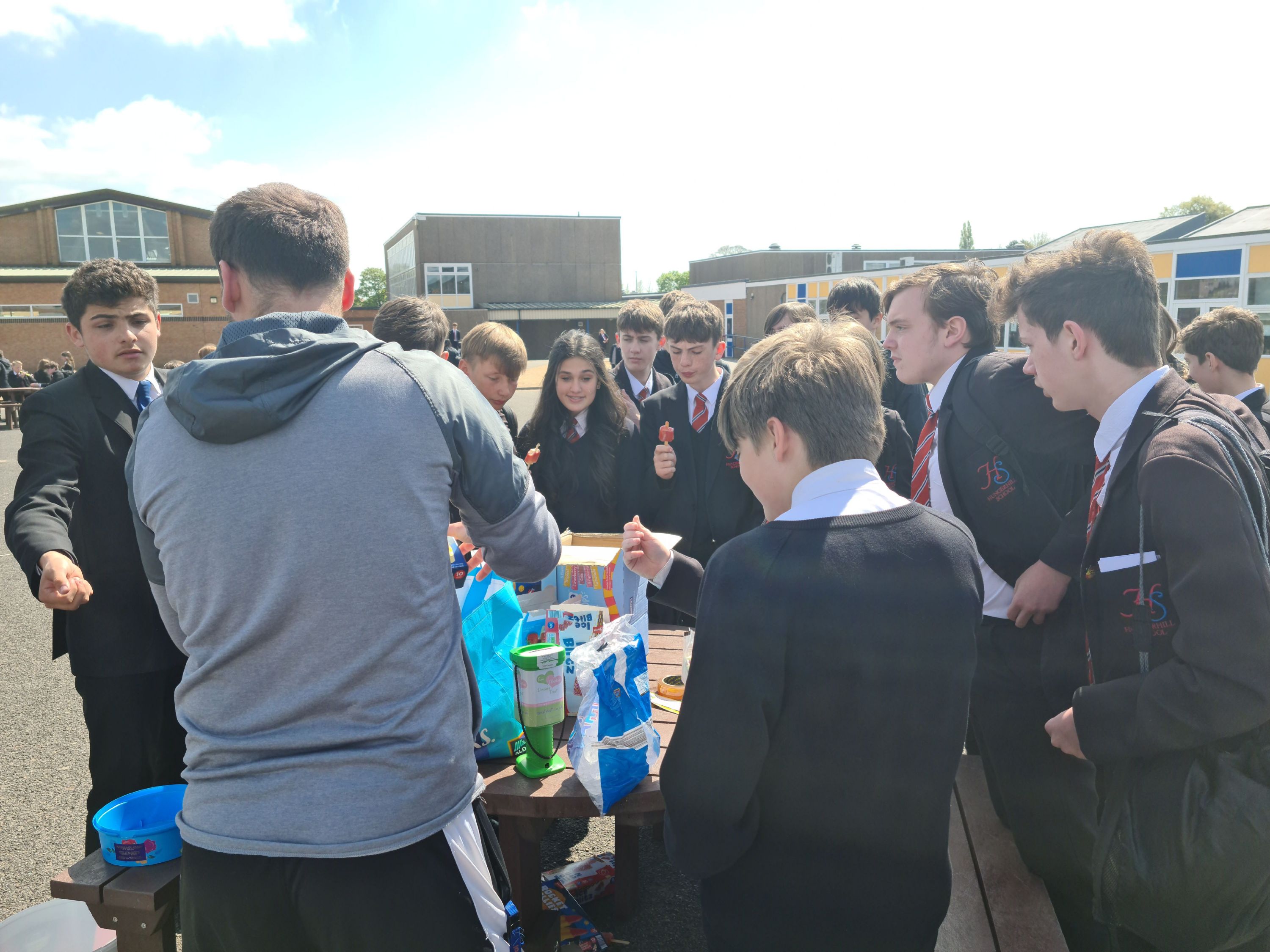 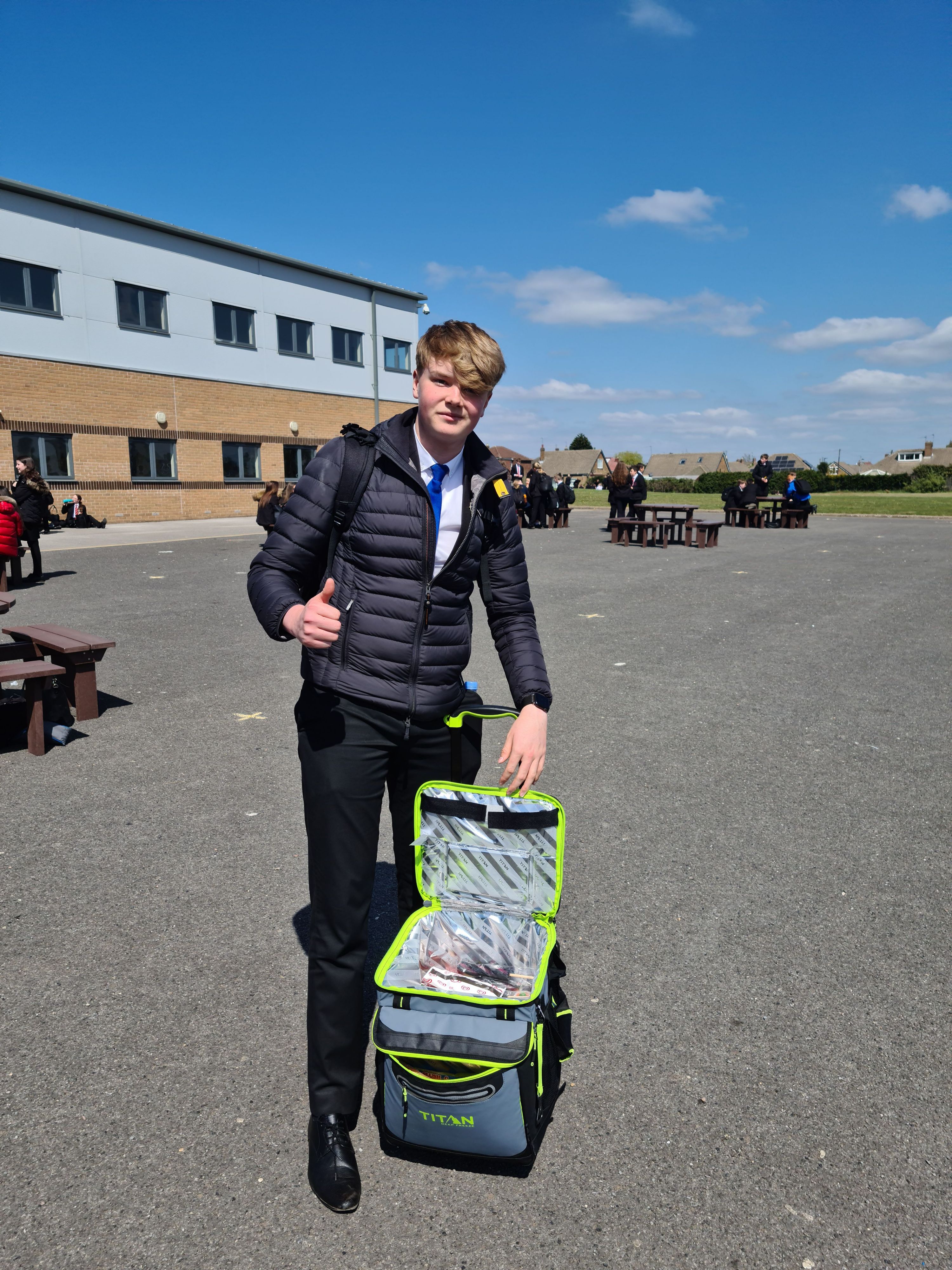